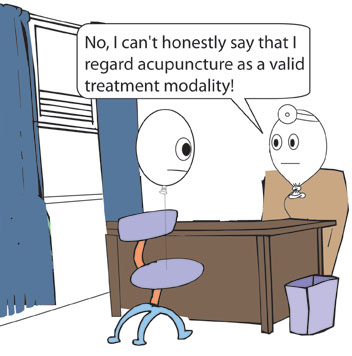 We enter medical school full of humanitarian goals. Somehow, though, something seems to happen all too frequently in the clinical 3rd and 4th years and beyond.  There is less focus on the patient as an individual and more emphasis on lab tests and presenting on rounds.

Perhaps it is the busy schedule, where so much time has to be spent with performing, ordering and reviewing lab tests, making rounds, writing notes, and preparing for presentation to interns, residents and attendings.  Perhaps it would be too draining to become emotionally involved with the patient’s illness, as would be the case for a family member.  But the opposite extreme, of overlooking the patient’s emotions, is not good either;  there needs to be a happy medium.

When I was a student, I noticed that the internal medicine interns and residents who were considered the best knew their medicine and were up on their lab tests.  But there was little evidence that they really knew who their patients were as people.  The chief resident, who had the most status, had even gotten an article published in the prestigious New England Journal of Medicine.  He was very much involved in the lab tests, but I doubt if he knew anything about who his patients were as individuals.

With such a busy schedule, there is a simple change on rounds that can make a difference.  That is sitting down with the patient, rather than standing and quickly passing through.

Sitting down briefly doesn’t take much time.  But it gives the patient the feeling that s/he is not just a statistic, and the physician truly cares; it relieves some of the patient’s mental stress, which is part of any illness.  It also gives the physician a little insight into the patient as an individual.  We call this bedside manner.  It is practiced much better by certain practitioners of questionable areas of “alternative” medicine.  There is no reason why it can not be done in all areas of medicine.

View all posts by Stephen Goldberg